East Coast’s Sports and Recreational Club staff members and their family took to the beach for a day of sand, sun and games on Sunday 23rd October 2011.

More than 100 staff members and their family joined the one day outing to Damai Beach Resort  which was held as part of East Coast Sports and Recreational Club annual activities.

Despite a wet start to the day, the group enthusiastically participated in the games organized by the hotel.  The beach was filled with much noise and gaiety as the members cheered on their respective teams in games such as Egg and Chicken Race, Water Balloon Wiggle, Balloon Choo-Choo  and the not to be missed tug-of-war.    The games was followed by lunch and prize presentation after which it was free and easy for the members who either took to the sea for a swim or a dip in the pool with their family.

All in all, everyone had a great time having fun as a team. 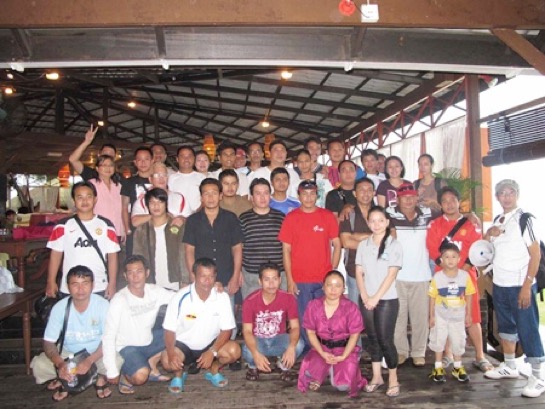