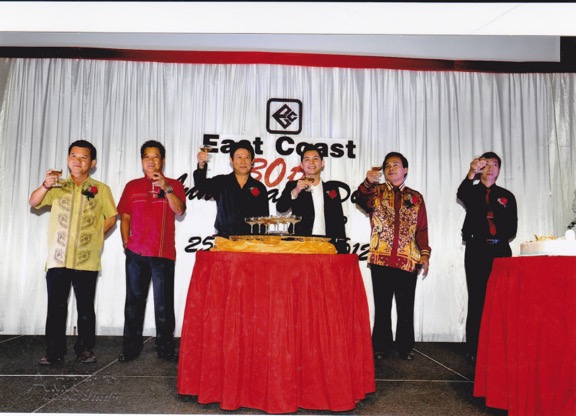 Mr. Micheal Tan and his directors proposing a toast to his staffs and guests.

East Coast celebrated its 30th Anniversary at Four Points Sheraton Hotel on the 25th August 2012 . More than 200 of East Coast employees and their families were treated to a sumptuous dinner and entertained by the popular Petra Group dancers and Paper Doll.

In his welcoming speech, the MD of East Coast , Mr Michael Tan, paid glowing tribute to its Directors and staff for their unwavering loyalty, dedication and commitment to the company for the last 30 years. He later led the Directors to cut the Anniversary cake and proposed a toast to all the staff and guests present in the function.